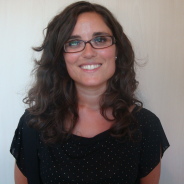 Chiara Manoli is responsible for product registration and organic certification at Ilsa SpA (Italy), where she has been employed as a researcher since 2012. Her work has increasingly focused on regulatory affairs, and she has been actively following the development of the draft EU regulation on fertilising products for the past four years. She has been attending the Commission Expert Group on Fertilising Products meetings as an ECOFI representative since March 2014.

Previously, she collaborated with ILSA on a project to develop new enhanced efficiency organo-mineral fertilisers, which developed her skills in evaluating new fertiliser prototypes, in particular laboratory tests regarding the fate and behaviour of nitrogen in controlled environments. In 2010 she obtained a master’s degree in Agricultural Science and Technology at the University of Padova (Italy).

Before being elected President, Ms. Manoli served as Vice-President of ECOFI from December 2018-December 2021. 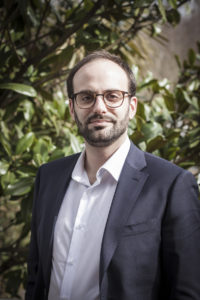 Quentin Protsenko has been working since 2016 as a regulatory manager at FRAYSSINET, a French producer of organic and organo-mineral fertilizer, soil improvers and biostimulants. He is responsible for product registration and export development and is also actively involved in French and European standardisation of fertilising products. FRAYSSINET products combine tradition, research and technology to meet the expectations of tomorrow’s agriculture: quality, safety and sustainability in respect of circular economy principles.

Previously he was the technical and regulatory affairs manager at UPJ, the French sector association of plant care products for gardeners and green spaces. He provided support to companies and helped promote a fair transition to more sustainable and healthier products following the ban on chemical plant protection products in this sector. He also managed the development of a website and phone app called « La clinique des plantes » to help amateur gardeners deal with their plant diseases.

In 2012, he obtained a master’s degree in Plant Technology and Specialty Crops at the University of Angers (France).

Mr. Protsenko waas President of ECOFI from December 2018 to December 2021. Since then, he continues to serve ECOFI as Vice-President. He has been attending the European Commission Expert Group on Fertilising Products meetings as an ECOFI representative since January 2019. 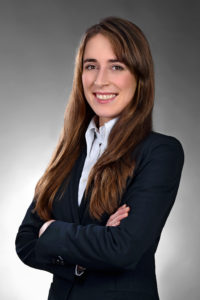 Leonie Boller has been working together with Thomas Mannheim in Ductor’s fertiliser department, after joining Ductor in January 2021, on agronomics, regulatory affairs and marketing. Prior to joining Ductor, Leonie Boller worked for a major fertiliser company as product manager and in the food business. She holds a B.Sc. in agricultural sciences from the University of Hohenheim and a M.Sc. from the University of Bonn in Agriculture and Food Economics.